Reflections on Judging, Richard A. Posner 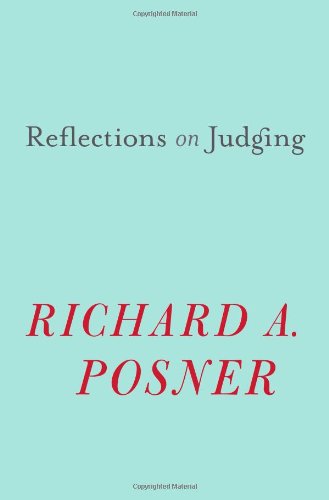 Richard Posner’s new book is occasionally frustrating but eminently readable and ultimately highly rewarding. Apparently aimed at several different audi­ences (judges, lawyers, scholars, the general public), it is wide‐ranging and loosely organized, containing critiques of judicial opinions and scholarly writ­ings, advice to judges on opinion writing and the conduct of trials, historical overviews of the courts’ operations, an evisceration of the Bluebook, and a brief autobiography, among other things. There is evidence of haste in the book’s composition, and it is hard to shake the feeling that it would be stronger if more time had been taken with it. Yet it offers an abundance of insights and a compelling message, all delivered with verve, humor, and even passion.

Two large themes run through the book. One is complexity, both in law, including the law that judges produce, and in the world from which cases emerge. The other is the contest between “formalism” and “realism” in judging, where realism, advocated by Posner, has at its core “the idea that in many cases, and those the most important, the judge will have to settle for a reasonable, a sensible, result” (p. 6). Linking