The Constitution of Risk, Adrian Vermeule 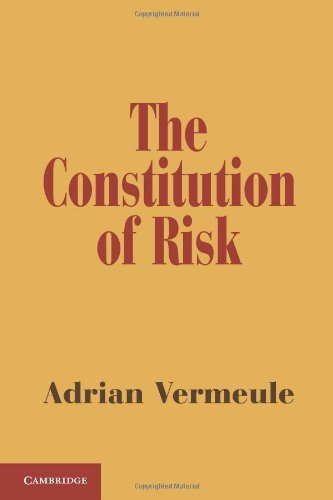 Environmental regulators must sometimes decide whether to install rules absent full information about either a risk’s or a precaution’s costs. In Europe, recourse is had to a “precautionary principle” that warrants intervention not­withstanding epistemic gaps. While debate persists about how to formulate the precautionary principle, American scholars have leveled withering criticism of its strong form’s incoherence. “Take every precaution,” they argue, is infeasible, even paralyzing, counsel.