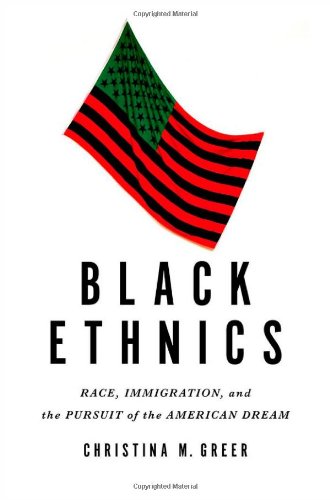 America prides itself on being a nation of immigrants, and part of what attracts them to its shores is a tolerance for phenotype diversity and ethnic pluralism. Immigrants are allowed to keep their religion, language, dress, and cultural traditions. Yet many immigrants work hard to assimilate into their host communities. When a group refuses to assimilate, they attract notice. This is especially true for African American immigrants, who seem to be flirting with remaining outsiders. Why would these new Americans who share an African phenotype set themselves apart socially and politically?

Christina M.Greer’s research suggests that there are intra-racial differences in attitudes among African immigrants from the Continent, Afro-Caribbean, and native-born African Americans. These differences are exemplified by their views regarding “linked fate,” coalition making, intra­group relations, and perception of the “American Dream.” Greer’s suggests that black immigrants’ views regarding the American racial hierarchy have shaped their attitudes toward each other. Simply put, African American immigrants consider themselves higher on the racial hierarchical ladder than indigenous African Americans. For Gr

Black Corona: Race and the Politics of Place in an Urban Community, Steven Gregory Reviewed by Wilbur C. Rich

American Apartheid: Segregation and the Making of the Underclass, Douglass S. Massey and Nancy A. Denton
Reviewed by Wilbur C. Rich