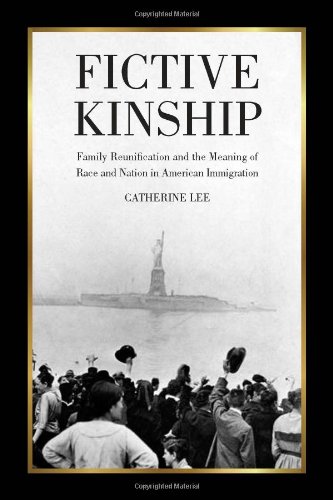 Almost two thirds of legal immigrants to the United States qualify as relatives of U.S. citizens or existing permanent resident aliens. As Catherine Lee observes in Fictive Kinship, “family appears to be a firmly entrenched, privileged category in American immigration policy” (p. 101). Across the political spec­trum, there has been broad agreement for the last half century that family unification is a core objective of immigration policy. This study asks important questions about an understudied but central element of the country’s immi­gration story.

Lee traces the history of family-based immigration. In the late-nineteenth century, immigration authorities presumed the wives of Chinese laborers to be excludable as prostitutes, though wives of the merchant class were allowed entry. Japanese wives were admitted under a bilateral treaty regime, notwith­standing concerns that their “fecundity” would crowd out white farmers in the American West. Congress did not enact a generally applicable preference for family members until the National Origins Act of 1924, which adopted back­ward-looking quotas at the same time that it allowed wives and children of eligible immigrants to enter without limit. Wh