Is Bipartisanship Dead? Policy Agreement and Agenda-Setting in the House of Representatives, Laurel Harbridge 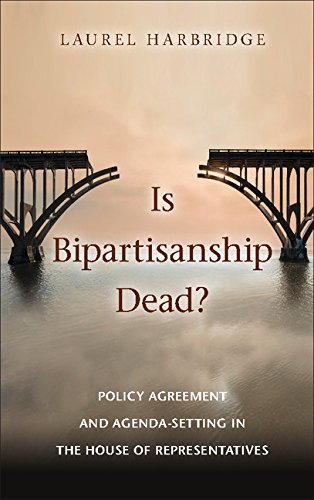 I came to this book with conflicting presumptions. Laurel Harbridge argues that bipartisanship is not dead. I know her work and have been impressed with much of it. But I regularly teach courses (graduate, honors, undergraduate) on political polarization. I have been warning about incivility in Congress since my 1993 book The Decline of Comity in Congress and continue to write about the negative effects of polarization and gridlock. If I did not think that we have entered a period of strong, even extreme, polarization, I would not spend so much time on it.

So I started Harbridge’s book with both interest and skepticism. She argues that cosponsorship of legislation across party lines is the foundation of bipartisanship. Cosponsored legislation—in which at least 20 percent of the “opposition” party joins the sponsoring members—has lots of positive benefits. Such bills have a much greater chance of passing the House, becoming enacted into law, and helping members gain votes in the most competitive districts— especially when the majority party has a small margin. In the period of her study, from 1973 to 2004, “between 20 and 40 percent of all House bills introduced ...[were] bipartisan” (p. 33, italics in original); over this time period, the share of bills sponsored by the majority party with b