Reviewed by Jeffrey A. Larsen 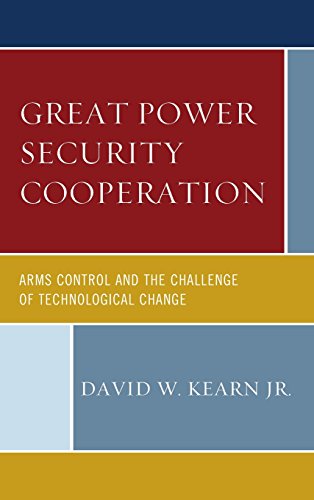 The thesis of this book by David W. Kearn, Jr., is straightforward: “This book seeks to explain the conditions under which states would most likely engage in a critical type of security cooperation: qualitative arms control” (p. 1). The author develops a new theory of international relations in his introduction, an approach he calls “military expectations theory.” According to this theory, an understanding of how military technology changes and how states respond to those changes can affect a state’s security strategies and behavior, thus becoming a variable that, in turn, influences that state’s approach to interstate relations and its response to security challenges. The author correctly bases his analysis on the presumption that arms control is a tool for enhancing state security and a practice that conveniently lies at the intersection of international security, military strategy, technology and innovation, and international cooperation. Thus, it serves a valuable service, but it can prove very difficult to achieve because of a multitude of intervening factors. As Kearns puts it, “the concept of cooperative arms control as a potential remedy has enjoyed a troubled theoretical and practical history” (p. 5).