Myths of the Oil Boom: American National Security in a Global Energy Market, Steve A. Yetiv


Reviewed by Rosemary A. Kelanic 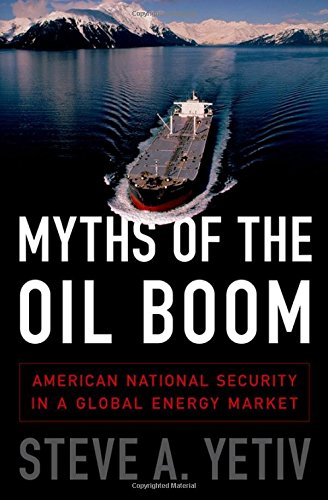 From 2008 to 2015, the shale oil revolution nearly doubled U.S. oil production and generated triumphal claims that America’s energy problems were finally solved. Alas, Steve A. Yetiv soberly pierces the hype. This timely book confronts a flurry of misconceptions about how the oil boom affects U.S. security and argues that, in fact, the impact is small. According to Yetiv, new production, while remarkable, does not alter oil market fundamentals, nor does it lessen the need for U.S. military involvement in the Persian Gulf to protect the free flow of oil. Nevertheless, as long as these pesky myths circulate, the United Sates will be unable to formulate the comprehensive energy policy that it needs—one that focuses foremost on decreasing oil consumption.

In Yetiv’s view, oil security means achieving three things: maintaining reasonable long-term oil prices, preventing major supply disruptions, and minimizing the negative by-products of oil consumption (pollution, for example). On the first two factors, the American oil boom offers limited benefits; on the third factor, it actually detracts from oil security. Although U.S. output probably helped to push global prices down in 2014–2015, Yetiv suggests that the long-run effect is likely to be small because, among other reasons, shale oil is expensive to produce and requires moderately high pri