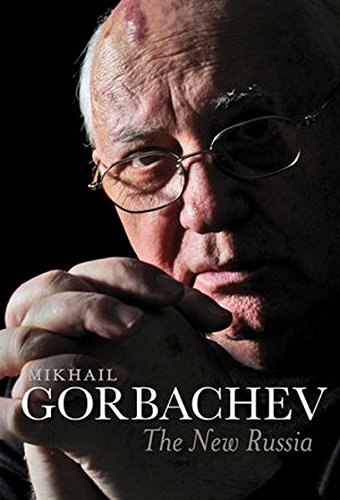 First published in Russian under the title ‘After the Kremlin’, Mikhail Gorbachev’s latest book provides an illuminating commentary on Russia’s internal developments during the quarter of a century since Gorbachev left office when the Soviet state ceased to exist. It also contains his reflections on Russia’s relations with the rest of the world. The book, which is handsomely produced and generously illustrated, comes with an encomium from former U.S. secretary of state George P. Shultz, who refers to Gorbachev’s “prodigious intellect, vast experience and powers of perception.”

These qualities are on display in this valuable contribution to the debate about Russia and the new strains in East–West relations that have come to the fore in recent years. Although it is useful both for Gorbachev’s insights and for providing the reader with a better understanding of the man himself, the book is compiled in an unusual way. Interspersed with Gorbachev’s critiques of post-Soviet political developments are extracts from interviews he has given as well as texts of letters he has received, especially from ordinary Russians. The interviews are well worth including, for Gorbachev has always been able to think on his feet and, as the dates on which they were recorded are mentioned, they show how his evaluations of the post-Soviet polity have changed over time.

Gorbachev’s underlying political philosophy has, nevertheless, not changed over the past quarter century. Even while he still occupied the post of general secretary of the Communist Party of the Soviet Union, he evolved from communist reformer to democratic socialist, and his social democratic values, together with his aversion to violence, shine through the pages of this book. His assessment of particular Russian politicians and their relationships to democracy have, however, evolved over the years. Initially, Gorbachev tried to be positive about Vladimir Putin, who, in turn, at the beginning of his presidency, treated Gorbachev with respect. That was in sharp contrast with Gorbachev’s nemesis, Boris Yeltsin, who at one stage tried to deny Gorbachev the right of foreign travel and made sure that his predecessor was never invited to a Kremlin reception during his presidency.

Although Putin had the inestimable advantage of not being Yeltsin, Gorbachev became increasingly critical of the creeping authoritarianism of Putin’s regime and of the Russian president personally. For his part, Putin has endorsed a historical interpretation that bundles together the Gorbachev and Yeltsin eras as times of chaos and portrays Gorbachev, in particular, as a weak leader. Yet there was nothing weak about Gorbachev’s outmanoeuvring of the old Soviet elite in the late 1980s or in his criticism of Putin and the Russian political establishment over the past decade. Thus, for example, in an interview in 2011 with the courageous Moscow newspaper Novaya gazeta (several of whose investigative journalists have been murdered), Gorbachev referred to a television talk by Putin as “embarrassing, and disgraceful” and said that “the whole purpose of the show was to mislead people” (pp. 269–270).

For the dangerous deterioration in East–West relations and the failure to build on the opportunities created by the end of the Cold War, Gorbachev blames both sides, but he is less critical of Russian foreign policy than of that of the United States. He remains acutely conscious of the dangers to the planet both of the threat of nuclear war and the reality of climate change and calls for “a return to the principles of New Thinking in international affairs” (p. 406) if we are to preserve the world we live in.

The Making and Breaking of the Soviet System: An Interpretation, Christopher Read Reviewed by Archie Brown