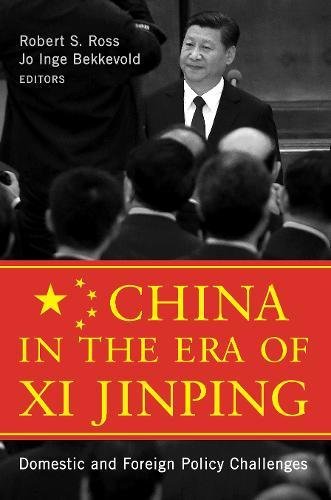 As Xi Jinping completes his first five-year term as China's top political leader, now seems an appropriate juncture to attempt an interim assessment of his tenure as chairman of the ruling Chinese Communist Party, chairman of the Central Military Commission of the People's Liberation Army, and president of the People's Republic of China (PRC). China in the Era of Xi Jinping provides a timely assessment of China's most controversial paramount leader of the twenty-first century.

How strong and how effective a leader is Xi? Unlike his two immediate predecessors, Jiang Zemin and Hu Jintao, each of whom appeared largely content with continuity and incremental change in the party-army-state, Xi appears intent on vigorously shaking up what contributors Zheng Yongnian and Weng Cuifen label the “three-in-one system” (pp. 38–39). Xi has launched a dizzying array of policy initiatives, including reorganizations of bureaucratic structures, which, if fully implemented, could significantly alter the way China formulates and implements foreign and domestic policies. Xi has made consolidating his personal power a top priority, just as Jiang and Hu did. But, unlike those predecessors, Xi has emphasized the concentration of political authority in his person over the “collective leadership” model that has characterized Chines