Foucault in Iran: Islamic Revolution after the Enlightenment, Behrooz Ghamari-Tabrizi 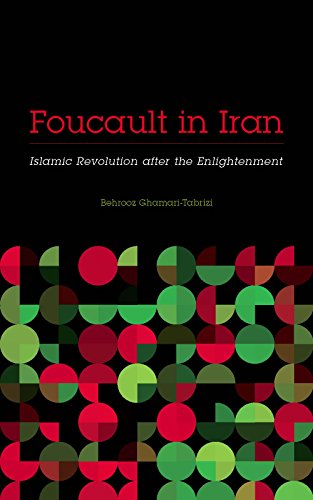 Behrooz Ghamari-Tabrizi engages with Michel Foucault's essays on the Iranian Revolution by examining his works with an eye toward opening a window through which one can observe the revolutionary events in Iran from an exogenous discursive framing that renders their meaning understandable. Foucault described the Iranian Revolution as a singular experience that was unlikely to follow the model of other modern revolutions. This revolution, according to Foucault, was organized around a dramatically different notion that he called “political spirituality.” One aspect of the spiritual subject was a transformed individual who was cognizant of the price to be paid for taking part in the revolution while also having the audacity to speak truth to power. The singularity of this revolution was manifested in the struggle of a nation that asserted itself not only as making history (inclusion) but also, ironically, as a clear break with the modern order (exit) and history (p. 3).

In stark contrast with the Arab Spring, often portrayed as a struggle to join the history of secular democratic resurgence, the Iranian Revolution presented a rare opportunity to examine ideas, relationships, and trajectories outside the bounds of Western Enlightenment rationality and the commitment to the temporal map of a universal history. Departing from the conv