Diplomacy: Communication and the Origins of International Order, Robert Trager 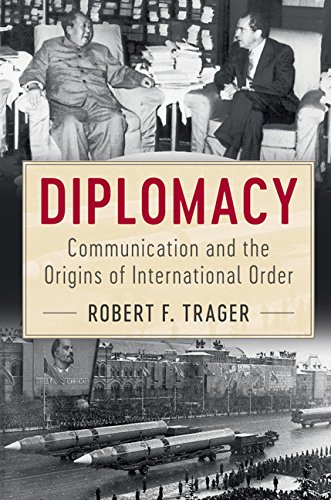 Robert Trager's Diplomacy is a landmark in the study of diplomacy specifically and international communication and signaling more broadly. For many years, the field has been waiting on a book written in the rationalist tradition that did not tell us again what was so obviously untrue: that diplomacy is cheap talk, lying is the norm, and costly signaling is the only way by which states can communicate intentions to one another. More importantly, the book, while relying extensively on formal analysis, sets about actually testing its empirical claims on real evidence, not an illustrative case study hastily chosen after the fact to give the theory some veneer of real-world relevance. This is what formal theory should look like in international relations.

Trager's book is truly ambitious and comprehensive. It sets out to establish not just one way by which states might communicate absent costly signaling; it seeks to identify all such mechanisms (at least that the author can think of). Trager uses extensive case studies but also a completely new data set, based on a coding of the British Confidential Print from 1855 to 1914 that aims at looking for every inference made about the intentions of its rivals in partners over a significant period of time. Trager's communication mechanisms are also not, as is often the case with argum