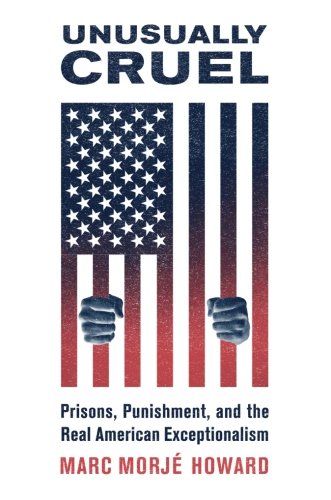 Books and articles seeking to explore and explain mass incarceration in America are by now abundant, to say the least. Scholars in criminology, economics, sociology, and political science have thoroughly documented the rise of the U.S. prison system, its causes, and its consequences, and public intellectuals and pundits have opined at length on a prison system that grew enormously over the second half of the twentieth century. Despite the steady stream of discussion on the subject, Marc Morjé Howard's new book, Unusually Cruel, manages to make new and valuable contributions to ongoing conversations about punishment and prison in America today.

First and foremost, Howard is one of just a few scholars in recent years who takes a comparative approach to assessing the American criminal justice system. His shadow cases, which include France, Germany, and the United Kingdom, were chosen for comparison because they are generally considered “peer nations” to the United States, but also because they are each distinct along key social and economic dimensions. Despite their differences, all three countries provide stark contrast to America in how they approach imprisonment. As Howard cogently argues, it is only in comparison with the criminal justice systems of these other developed democracies that the truly exceptional nature of our own c