Continent by Default: The European Union and the Demise of Regional Order, Anne Marie Le Gloannec 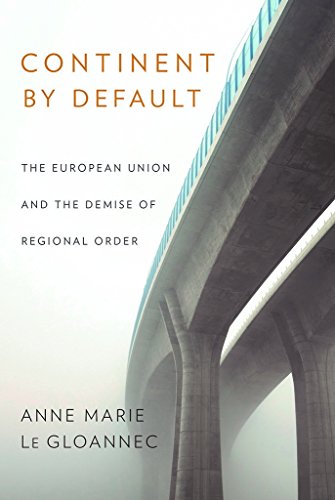 The chasm between the aspirations of the European Union (EU) and its capabilities has never been on greater display than over the last decade. In this brilliant, engaging, and remarkably balanced analysis of the EU’s current geopolitical crises, Anne Marie Le Gloannec argues that its roots lie in the fact that the EU “came to organize the continent in a fit of absentmindedness” (p. 37). Lacking traditional foreign policy instruments, the EU relied on enlargement as its primarily tool for transforming the world around it. Yet this was not a refined tool at all, but rather a blunt instrument that the EU arrived at more or less by default, as the title of the book suggests.

Le Gloannec traces the evolution of the principle that democracy was the requirement for EU membership. In her account, the largely forgotten efforts of Willi Birkelbach in the 1960s take on new significance as the precursor to the more widely known Copenhagen Criteria that structured the accession of states in Central and Eastern Europe three decades later. The continuing obscurity of the initial effort—even specialists of the EU can be forgiven for not recalling the details of the Birkelbach Report of 1961—is very much to the point: the EU began accepting new members in the 1970s with only the barest outline of a plan for ensuring their democratic consolidation.<

The German Rescue of the Eurozone: How Germany Is Getting the Europe It Always Wanted, David Art