Class Attitudes in America: Sympathy for the Poor, Resentment of the Rich, and Political Implications, Spencer Piston 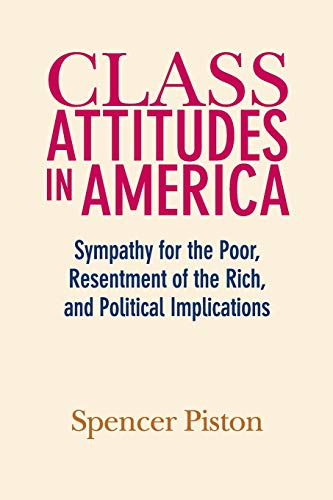 Scholarship on the politics of inequality in the United States has become increasingly common since the 2008 economic crash, and economic insecurity occupies a central place in American political discourse. Spencer Piston’s, Class Attitudes in America adds to this discourse by providing insights into how views of poverty and wealth affect Americans’ political attitudes and voter preferences. The book should be read by all social science scholars seeking to understand how “class matters” to American politics today.

The study of class attitudes has unfortunately been neglected in mainstream political science research (p. 6). Piston seeks to address this deficiency through statistical analyses of national survey data and experimental data, which focus on how Americans look at the rich and poor. The methodological pluralism of this work is one of its strengths, aiding the author in making a causal claim for how attitudes toward the rich and poor impact political preferences.

At its core, this work argues that while income may not be driving political polarization between different classes of Americans, perceptions of the rich and poor do have an impact on the public’s political attitudes. As Piston writes, “Americans may not be divided very much by their class positions, but they are deeply divided by their cl