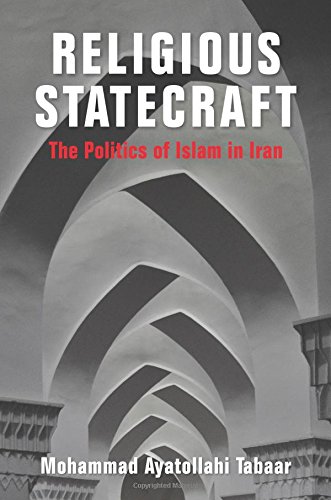 Factional conflict has been a central feature of Iranian politics since the revolution. Mohammad Ayatollahi Tabaar’s Religious Statecraft uses rich primary sources in Persian to develop this feature as a key factor explaining the emergence, rise, and change of religious ideas in contemporary Iran. The book suggests that political factions strategically construct and deploy religious ideas in response to domestic threat perceptions. Hence, far from shaping political preferences and behaviors, religious ideas are typically instruments serving factional political interests in environments characterized by intense competition and uncertainty. Building on this main theoretical argument, the book covers Iranian politics since the rise of Ayatollah Khomeini as a political figure in the 1960s to Iran’s current nuclear program.

Rather than adopting a descriptive overview of major episodes in a chronological order, the book espouses a more analytical orientation that aims to show that religious ideas and discourses are malleable and evolve in dynamic and fiercely contested Iranian politics. Some of the chapters offer novel interpretations. For instance, Tabaar’s engaging discussion of the hostage crisis of 1979 is particularly compelling (Chapter 5). He argues that the Islamists’ perception of the leftist threat rather than an in