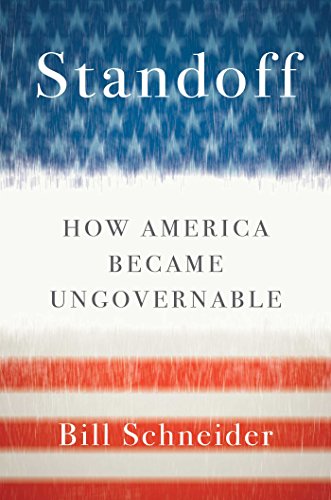 In this book, former CNN analyst and current George Mason University professor Bill Schneider offers his take on the causes and implications of the growing partisan divide in the United States. Conflict exists between the “New America,” a product of the 1960s that “celebrates diversity in age, race, sexual orientation, and lifestyles” (p. 11), and the “Old America,” consisting of the “mostly white, mostly male, mostly older, mostly conservative, and mostly religious, and mostly nonurban,” (p. 2) which longs for the days when “the country was whiter, men were in charge, government was smaller, and religion was more influential” (p. 117). This rift is reflected in the parties and politics of the nation (it is easy to see how the “New America” is representative of the Democratic coalition and the “Old America” of the Republican Party), ultimately leading to the populist backlash that elected Donald Trump in 2016.

The early chapters of the book evoke Schneider’s time as an analyst, offering his musings on topics such as populism, polarization, and political separation. In the chapter on populism, Schneider traces the political claim of social and cultural populist interests by the Republican Party, starting with Franklin D. Roosevelt in the 1930s to the abundant loyalty of NAS