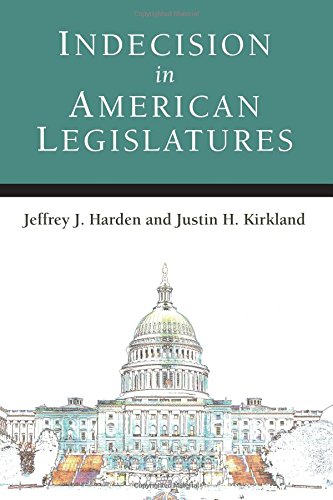 This book focuses on one phenomenon: legislators switching from supporting to opposing a bill on final passage. Jeffrey J. Harden and Justin H. Kirkland argue that this happens not because lawmakers are dishonest and unreliable, but rather because they genuinely lack the information they need to take a position. Lawmakers serve two masters, their district and the leaders of their party in the legislature, and they often find it impossible to satisfy both. The authors argue that representatives side with the principal who cares more about their vote. This information is often unavailable, especially in the early stages of the legislative process. The result is that after taking an initial position, lawmakers may change their minds upon learning what the voters and leadership want.

Harden and Kirkland marshal impressive evidence from the lower chambers of state legislatures and the U.S. House to test their theory. They find that lawmakers whose districts and party leaders disagree are much more likely to “waffle,” defined as cosponsoring a bill and then voting against it. This is especially true when the lawmaker is in the majority and when the majority is narrowly held. Waffling also varies by state, being less likely in states with institutions that facilitate information gathering.

Turning to the consequences of waffling, the authors use