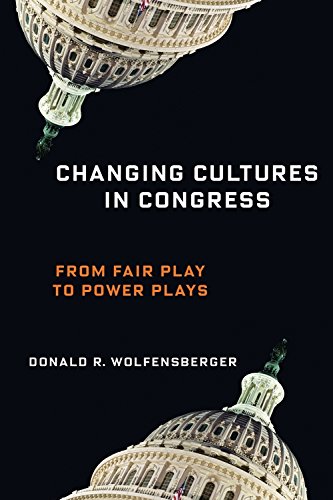 In 2017, then Speaker of the House Paul Ryan broke the record for most closed rules in a single session. Ironically, this feat came only two years after vowing to lead the House in a more open and inclusive manner than his recent predecessors had. This about-face was not new or unique to Ryan, though. Indeed, he was simply the next in a string of Speakers over the previous few decades to promise greater debate, only to renege shortly thereafter.

Chronicling this decline of deliberation in Congress is the focus of Donald R. Wolfensberger’s work. The former Republican staff director for the House Rules Committee offers a detailed yet accessible insight into how Congress has evolved in recent history. Beginning with a brief discussion of the history of majoritarian politics in Congress, Wolfensberger specifically looks at a litany of case studies from the last two decades. Topics cover a wide range, including health care reform, budgets and deficits, and the Iran nuclear deal, to name a few. Within each, a common theme pervades—the majority party must “rely on extraordinary consultation, pressures, and compromises within its own ranks, as well as on a creative use of the rules, to eke out a victory on contentious legislation” (p. 57).

In short, Changing Cultures in Congress provides a rich collection of detailed anecdotes that chronicle both parties’ attempts to use congressional procedure as a means to enact their preferred policies. As Wolfensberger notes throughout, both parties lament such strong-handed, exclusionary tactics while serving in the minority, but they employ those same lamentable strategies and behaviors once they win a majority. In this era of extreme polarization, this back and forth has simply replaced seeking compromises and bipartisan solutions as the new norm.

Wolfensberger points to Congress’s “perpetual campaign” as the primary culprit behind this evolution. He recognizes that polarization is unlikely to subside and that neither party is likely to become oppressively dominant given the country’s distribution of voters. Therefore, he suggests that reform would likely require some sort of crisis that begets a bipartisan consensus or a fundamental change in how Congress views its responsibilities. Though possible, these solutions seem unlikely, which suggests that the current norms in Congress may persist for many years still.

Additionally, though the book relies on purely qualitative anecdotal evidence to explore the evolution of procedural uses and abuses of power by the majority party of the House of Representatives, Wolfensberger includes an appendix of descriptive statistics as well. These five tables outline the increased frequency with which the Speaker and Rules Committee exert control over the content of legislation at the expense of the minority party as well as rank-and-file members of the majority. These numbers are particularly striking and illustrative, but they are undersold in the text.

In sum, Changing Cultures in Congress speaks to scholars of the legislative branch, those working within it, as well as those simply seeking to better understand it. Given its timeliness and the seemingly intractable levels of polarization and partisan animosity, it is likely to be informative for many years to come as well.