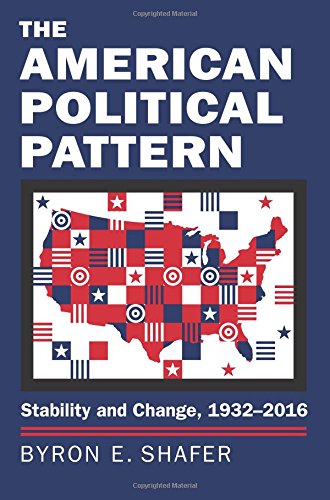 In this book, Byron E. Shafer undertakes an ambitious project to assess and explain political change in the United States from the onset of the New Deal to the present. Shafer delineates four specific political periods over 80-plus years: the High New Deal Era (1932–1938), the Late New Deal Era (1939–1968), the Era of Divided Government (1969–1992), and the Era of Partisan Volatility (1993–2016). Next, Shafer examines how the prevailing profile of party balance, ideological polarization, substantive conflict, and the policymaking process interact to explain how and why political actors succeeded or failed in their efforts to enact policy across these four eras. Working at a highly aggregated analytical level, one is struck by how these four relatively simple organizing principles provide significant leverage to explain a large proportion of political variation over eight decades. Quite simply, it is a compelling and impressive work of historical political analysis.

While Shafer produces a cogent, convincing narrative detailing the political dynamics of the era, it does leave room for some debate and discussion. First, Shafer's choice to operate at such a highly aggregated level of analysis facilitates his aim to draw some general conclusions. That approach, however, seems to overlook important contributions of specific actors at vari

The Class of '74: Congress after Watergate and the Roots of Partisanship, John A. Lawrence Reviewed by Timothy P. Nokken