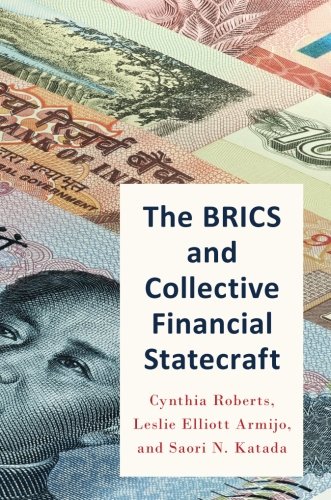 This book struggles for comparative advantage in an increasingly crowded field about BRICS. With some degree of novelty, the book deals with the financial statecraft theme, locating the activities of the five BRICS countries (Brazil, Russia, India, China, and South Africa) on an array of issues but with the push for reform of international financial institutions (IFIs) as a core ingredient.

Beyond the central financial statecraft theme, the strongest part of the book is on Russia. Russia is often overlooked in accounts of BRICS. However, as Cynthia Roberts, Leslie Elliott Armijo, and Saori N. Katada argue, it was Russia that did the diplomatic heavy lifting at the beginning of the forum-building process. In particular, they pay attention to the role of Yevgeny Primakov, whose strategic thinking is often overlooked amid the hype about Jim O'Neill and Goldman Sachs being the creator of BRICS.

Notwithstanding these strengths, the narrower focus on financial statecraft has weaknesses as well. Above all, it plays down the importance of geopolitical motivations. As epitomized by Primakov, the key concern was for the establishment of a new multipolar world order. The authors reference this concern, but with their concentration on financial statecraft, they play down this pivotal element of BRICS.

Attention to a shared aversion to a sanctions