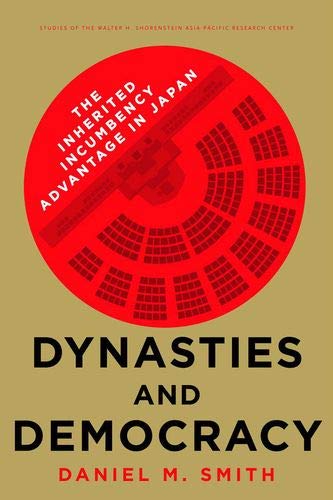 Political dynasties are a common feature of democracies. Prominent examples of dynastic politicians include George W. Bush in the United States, Winston Churchill in the United Kingdom, and Indira Gandhi in India. Research has found that members of dynasties benefit from the political capital they inherit from their relatives (for example, name recognition and political networks). Yet few studies have sought to understand the wide variation in dynastic politicians across democracies over time.

Dynasties and Democracy offers a comprehensive answer to this question. The book focuses on legacy politicians, defined as those related to politicians who served in the national legislative or executive office. According to Daniel M. Smith, legacy politicians are antithetical to democracy, as this form of government is aimed at removing any marks of distinction as a prerequisite for access to office. However, politicians of this kind have existed and continue to exist in democracies. One may be tempted to explain the existence of legacy politicians as a product of modernity (economic or political). But Smith warns us that this explanation does not takes us very far, as Japan, a highly developed country, reports to this day a high percentage of legacy candidates running for office and seats in the national legislature.

The book introduces a supply-and-demand theoretical framework to solve this puzzle and to explain the incidence of legacy politicians in democracies. On the supply side, legacy candidates are more likely to become prevalent the longer their relative serves in office. On the demand side, institutions may decrease or increase the value of the assets that legacy politicians bring to the table. For example, electoral rules that value the personal votes of candidates increase the demand for legacy candidates. In the same way, a party’s nomination procedures, as well as the links that parties have to local organization of civil society, affect the demand for legacy candidates.

Smith tests this framework first in a time-series cross-section of legacy members of parliament in 12 (mostly Western) democracies. Most of the book, however, is devoted to testing individual hypotheses from the theory in Japan. For this country, Smith relies on a highly granular data set of legacy candidates running for (and elected to) the country’s national parliament since 1947.

The vastness of the Japan data, the features of the country’s history, and Smith’s mastery of Japanese politics allow the author to examine specific hypotheses of his theoretical framework using a wide variety of empirical methods. For example, Smith shows that Japan’s transition from a single nontransferable vote, multimember district system to a mixed-member majoritarian (MMM) system led to a decline in the demand for legacy candidates as MMM reduced the level of intraparty competition favoring legacy candidates. Similarly, Smith shows that the Liberal Democratic Party’s shift to open recruitment reduced the demand for legacy candidates by expanding the pool of candidates and placing control of the nomination procedure in the hands of party leaders. Further, the author finds, based on evidence from a conjoint survey experiment, Japanese voters do not have an inherent preference for dynastic politicians, but rather for other individual characteristics that these politicians possess.

Putting these pieces together, Smith’s answer to the puzzle of a high incidence of dynasties in Japan is path dependence. Early in the postwar period, Japan adopted institutions that played to the advantage of legacy politicians. While the country has experienced several reforms that have undermined the power of legacy politicians, members of dynasties today owe their survival in the new institutional environment to the inherited power of their relatives.

Nevertheless, some of the evidence presented in the book raises questions about the generalizability of the main findings. Smith begins by arguing that modernity does not explain the prevalence of legacy politicians across democracies. Yet when looking at the evidence, one wonders whether the modernity story is so far off and whether it has been formally tested. For instance, with the exception of Japan and Ireland, the countries examined in the book report either low or declining levels of the incidence legacy politicians over time. Further, the reader wonders whether the explanatory power of the modernity hypothesis (relative to electoral rules and candidate nomination procedures) increases once differences in the incidence of legacy candidates are examined across democracies in developed and developing countries (which are not examined because of the lack of biographical records needed to measure dynasties in developing countries).

These criticisms, however, do not take away from the impressive work in this book, which is certainly a key referent for future work to understand the existence of dynasties in democracies.