Prisoners of the White House: The Isolation of America’s Presidents and the Crisis of Leadership, Kenneth T. Walsh 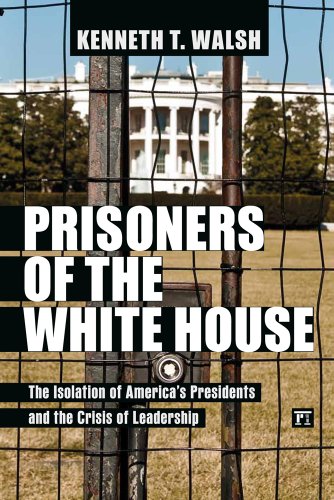 More than 40 years ago, George Reedy, a veteran reporter and former Lyndon B. Johnson press secretary, argued in The Twilight of the Presidency that the growing power and isolation of the modern presidency had rendered presidents deaf to any sources of public opinion beyond the White House and, as a result, had made it impossible for them to govern effectively or democratically.

Kenneth Walsh, a longtime White House correspondent, readily acknowl­edges that the White House can be, in Harry Truman’s words, a “nice prison” (p. 97) and is aware of the dangers of presidential isolation. In fact, he argues that the isolation has only gotten worse over the last four decades. Unlike Reedy, however, Walsh contends that some “prisoners of the White House” have managed to scale the White House walls and stay connected to the people.

Walsh identifies “four fundamental ways in which today’s presidents keep in touch” (p. 12)—intuition, polls, the press, and Congress—and then evaluates various presidents from Franklin Roosevelt through Barack Obama based on their success in using these tools to break out of the White House prison. According to Walsh, four modern presidents, Johnson, Richard Nixon, Jimmy Carter, and