Afghanistan from the Cold War through the War on Terror, Barnett R. Rubin 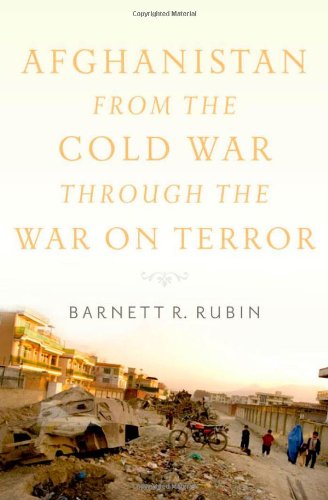 If anyone has earned the right to say “I told you so,” it is Barnett Rubin. One of the foremost authorities on Afghanistan, Rubin saw earlier than most the dangers emerging from that blighted land. In his work—as author of The Fragmentation of Afghanistan, an adviser to the United Nations for several years after 2001, a professor at New York University, and an adviser to the U.S. State Department’s Special Representative for Afghanistan and Pakistan from 2009—Rubin worked to warn against, prevent, and mitigate the perennial crises afflicting Afghanistan and South Asia.

Rubin recounts as much in the introduction—sadly, the only original writing—in his new volume, Afghanistan from the Cold War through the War on Terror. The chapteris Rubin’s short memoir of his involvement in Afghanistan since the 1990s. Like many Afghan tales, it is a sad and frustrating one. After 2001, Rubin “oscillated between protesting against the inadequacy of the re­sources allocated to Afghanistan and the excessive ambition of the goals enunci­ated” (p. 21). That is exactly right: in Afghanistan, the United States talked a good game—maybe too good—but rarely put its money where its mouth was.

Rubin’s expertise and experience make him one of the few scholars capable of writing the definitive history of Afghanistan and the international project there since 2001. Unfortunately, this book is not it. It is, instead, an anthology of Rubin’s published work since 2001. Those who are new to Rubin’s work will find this an interesting collection of essays; those that are familiar with his work will not find anything that is new here. Readers who are waiting for the definitive work on Afghanistan will have to continue to wait. Some of the book, especially its latter portions, will be useful to the policy community. But the bulk of it is probably of interest mainly to the scholar interested in history—not Afghan history, neces­sarily, of which there are patches scattered throughout the work, but the history of U.S. policy toward Afghanistan and, more so, the history of Rubin’s opinions.

Some of the standouts in this anthology include “Saving Afghanistan,” which appeared in Foreign Affairs in 2007 and “The Transformation of the Afghan State,” which appeared in a book published by the U.S. Institute of Peace in 2009. I was working as Director for Afghanistan and Pakistan on the National Security Staff in the White House at the time and remember the sense of foreboding when I read in the latter essay that “There is no foreseeable trajectory under which the Afghan state will become a self‐sustaining member of the international community at peace with its neighbors in the coming ten years” (p. 441). That seemed like a criticism of what we were trying to accomplish. Now, five years after Rubin wrote those words, events seem to be proving him right.

Rubin was prevented by his employment with the U.S. State Department from commenting on current U.S. policy, so the collected writings end with those published in 2009—another weakness of the volume. There is value in the work, but one gets the feeling that editors erred on the side of including anything and everything rather than selecting essays by theme or for original contribution. On theupside, whilethe definitive history of Afghanistan since 2001 has yet to be written, whoever writes it will have a helpful collection of sources in this anthology.