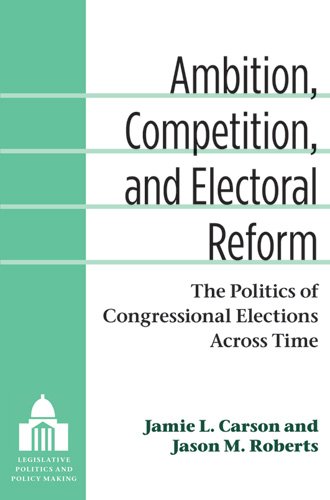 Modern theories of congressional elections owe themselves largely to the work of political scientists who have empirically tested data collected from the “candidate‐centered” era of the post‐World War II period. Researchers have constructed and designed these theories specifically to explain elections in the modern era. Yet, Jamie L. Carson and Jason M. Roberts, in their book, Ambition, Competition, and Electoral Reform, upend the prevailing wisdom that these theories are inapplicable to the pre‐modern “party‐centered” era of congressional elections, and demonstrate that “modern theories of congressio­nal elections” are “equally relevant across a longer time span” (p. 7).

Specifically, Carson and Roberts devote considerable attention to assessing Gary Jacobson and Samuel Kernell’s Strategic Politicians Theory, ultimately finding that it offers significant explanatory power for U.S. House election outcomes from the party‐centered era. This finding comes as a surprise, given that previous works of the party‐centered era have not emphasized candidatespecific factors as a cause in affecting congressional election results. As Carson and Roberts summarize, “Most accounts emphasize the fraud and corruption present across this period and reiterate t