The Warrior State: Pakistan in the Contemporary World, T.V. Paul 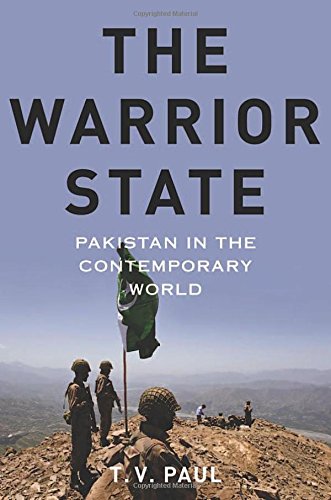 For years the United States has pressured Pakistan to conduct a military operation in North Waziristan, a part of the Federally Administered Tribal Areas where al Qaeda members, the Pakistani Taliban, and foreign jihadists roam freely.

Pakistan’s military never acquiesced. Many suspected this reluctance was related to its interest in maintaining links with the militant groups that could be useful to its India and Afghanistan policies. The inaction also implied that the Pakistani Taliban was not perceived as a threat to the state, which has historically used this collection of Pashtun tribes to create a buffer zone between Pakistan and Afghanistan.

This past June, the military finally launched that operation, turning upside down conventional perceptions of Pakistan’s national security interests. Has Pakistan finally turned the corner in its double game with militancy? Skeptics would warn against a rush to judgment. In The Warrior State: Pakistan in the Contemporary World, T.V. Paul echoes this view as one of those skeptics by unpacking the psychology behind Pakistan’s relationship with militants and its other national security pathologies. He argues that the