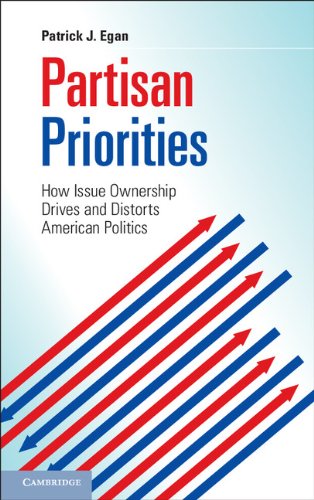 Patrick Egan’s book both revives and gives added substance to an old idea (first offered by John Petrocik), that parties have reputations as the guardians of particular policy areas. The twist is that these reputations have effects that you probably did not guess.

If the book did nothing but provide an improved definition of issue ownership, it would have been a worthy effort. Egan defines the term in this way: “Issue ownership describes the long-term positive associations between political parties and particular consensus issues in the public’s mind—associations create and reinforced by the parties’ commitments to prioritizing these issues with government spending and lawmaking” (p. 156). Since Petrocik’s work on this issue, the term has, frankly, been deployed to mean any number of things. Egan offers us a clear definition that should guide future work.

Chapters 1–5 develop Egan’s clear-eyed account of how the priorities of each party—and, according to Egan, not the performance of the party’s chosen policies—drive the policy action of parties once they come into power. His claim (see Chapters 4 and 5 in particular) is that Americans are essentially unable to assign blame or c