Reviewed by Jonathan B. Justice 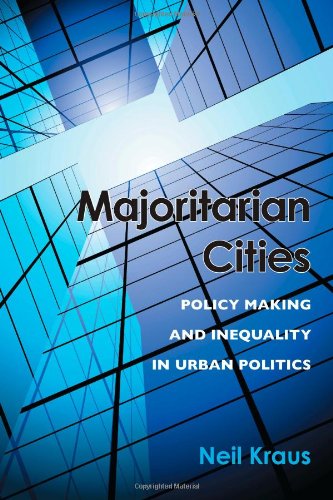 This timely and heartfelt book addresses questions of significant interest to scholars and reformers concerning urban governance (who governs and how?) and social justice (how can and should government action foster genuinely equal opportunity and protection of the law for all?). Although Neil Kraus does not provide definitive answers to either question here, he does succeed in demonstrating plausibly that the explanatory power of popular pluralist-and elite-based theories of urban governance is limited and that a kind of tyranny of the silent majority can prevent meaningful policy action to diminish race­and class-based inequality.

Kraus frames the book as testing the proposition that elite-based models of urban governance decision making, regime theory in particular, are deficient in significant ways, partly because their empirical focus is biased toward land development policies rather than the more quotidian policies that shape the experience of urban life for most residents. Instead, he argues, governing choices either are driven by or are at the least consistent with majority public opinion, as measured by polling and citizen surveys, as well as elected officials’ other forms of knowledge of constituent preferences. The other blind spot in elite theories, according to Kraus, is t