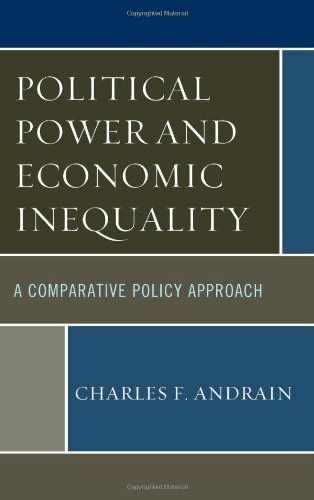 This is a book that investigates the effects of public policies on inequality in developed and developing countries by offering a clear-cut argument: neolib­eral economic policies empower the haves and increase the collaboration between them and political elites, thus leading to higher inequality. In con­trast, the Keynesian economic policies that Charles F. Andrain advocates are oriented toward distributing wealth to the have-nots, thus leading to the greater economic equality that exists in some European and other countries.

Chapter 1 starts by dividing the perspectives on inequality into two major views: neoliberalism and Keynesianism. According to the latter, in a globalized economy, unless governments invest in education, health care, and welfare programs, the inevitable consequence is economic inequality. If the have-nots lack resources that enable them to challenge existing inequalities, Andrain argues, social democratic/leftist parties, unions, social movements, and pro­welfare actors should work together to produce public policies that empower the have-nots.

Subsequent chapters examine the relationship between public policies and income inequality in wealthy nations and in non-Western countries and regions such as South Korea, India, Turkey, and central Europe. The book then argues that major international organizations and multi