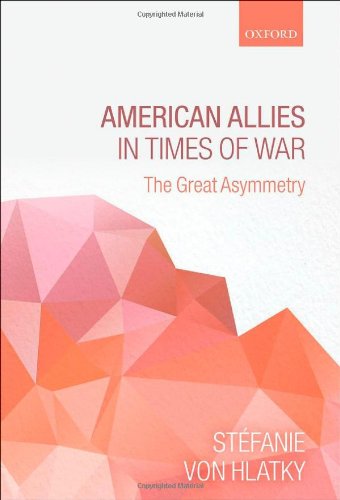 When the United States perceives a threat to international security and calls on its allies for military assistance, how do they respond to such requests? A conven­tional view of alliances as instruments of control wielded by powerful states would suggest that secondary partners are likely to fall in step with U.S. plans or suffer the consequences of disappointing their patron superpower. Yet, since World War II, U.S. allies have pursued varying levels of military commitment in U.S.-led wars—ranging from nonparticipation to full-scale cooperation—without causing any apparent long-term damage to their alliance relationships. To crack this puzzle, Stéfanie von Hlatky develops a neoclassical realist theory that elucidates how U.S. allies navigate between the Scylla of American expect­ations and the Charybdis of domestic constraints. She then evaluates this theory empirically through qualitative analyses of the United Kingdom’s, Canada’s, and Australia’s initial responses to the wars in Afghanistan and Iraq.

Von Hlatky’s theory rests on three claims. First, power asymmetries be­tween the United States and its democratic allies can generate divergent assessments of international threats, where the former gauges developments in terms of its global ambitions while the latter prioritize more circumscribed sets of c