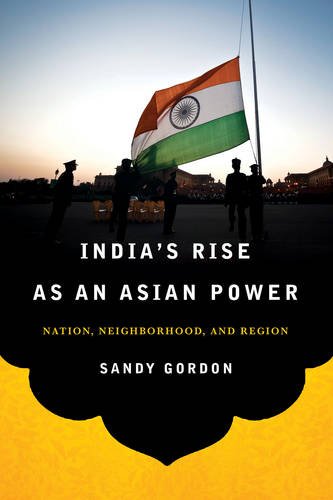 Why do some powers rise while others languish? Does India have what it takes to ascend to the ranks of the world’s great powers? Sandy Gordon has an implicit answer to the first question that leads to an equivocal answer to the second. India can rise if it places its internal affairs in order and if it can transform the hostile politics of its neighborhood.

Gordon is certainly correct that India has internal problems. For those who possess a utopian image of India from Thomas Friedman columns, Gordon’s work is a helpful corrective. Poor governance encourages corruption and facilitates criminality. Gordon, with experience in Australia’s Federal Police, rightly emphasizes India’s archaic policing and underresourced judicial institutions. He points to hopeful signs that transparency initiatives will enable accountability and unleash a virtuous circle of better governance (p. 168). If reform takes hold, India can “harden” itself against the transnational threats of terrorism and crime (p. 181).

Additionally, his assessment that instability in South Asia harms India, as migrants, terrorists, and criminals take advantage of India’s long and porous borders, is no doubt true. He abundantly catalogs discrete cases of each of these phenomena. Like most regional hegemons, New Delhi has been tempted to use its power to s