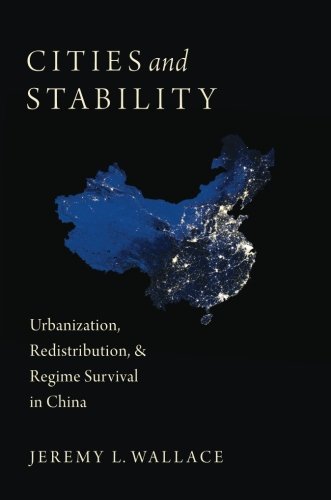 As protesters swarmed the streets of Middle Eastern capitals in 2011, observers wondered whether Tiananmen Square would mirror Tahrir Square. Yet the streets of the Beijing have remained quiet. Why has Hosni Mubarak’s Egyptian regime collapsed while the Chinese Communist Party (CCP) has survived?

In this timely, important addition to the literature on authoritarian resilience, Jeremy Wallace argues that Beijing’s skillful management of urbanization—especially in the four decades since China has pursued industrialization and market reforms—helps explain the regime’s endurance. Large cities are dangerous for nondemocratic regimes: they bring many people together in close proximity to one another, increasing the potential for collective action and undermining officials’ attempts to understand and control the population. But cities are also engines of industrialization and economic growth—a crucial source of regime legitimacy. As a result, Wallace argues, regimes often choose to make a “Faustian bargain” (p. 7), pursuing urban-biased policies that placate major city dwellers in the short term but increase the risk of instability in the long term by encouraging rural residents to migrate to major cities.