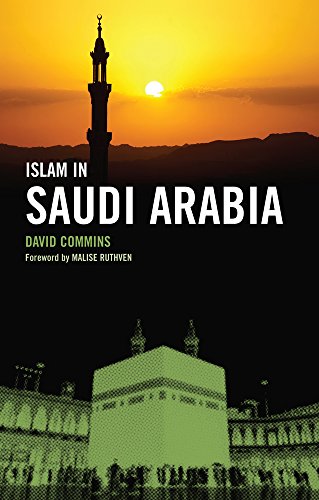 It is no easy task to write a book about the religion and politics of Saudi Arabia that manages to balance accessibility with nuance and broad scope with engaging detail. David Commins has managed to do just that, writing a survey that covers, among other topics, the history of Wahhabi Islam, the rise and fall of successive governments led by the Al Saud, the tensions and compromises between the Wahhabi religious establishment and the Saudi royal family, the politics of everyday religion in Saudi Arabia, and the reach of Wahhabi influence around the world. Even as he covers such extensive ground, the book is compact and easy to digest.

The book is aimed at the level of an undergraduate course or a general audience, with spare endnotes and (admirably) minimal jargon and foreign terminology. It is a straightforward and well-crafted synthesis of existing research on Wahhabism and the Arabian Peninsula rather than a contribution of a new theoretical approach or an original interpretation of an understudied subject. It provides an approachable, comprehensive introduction to the subject for students and interested lay readers.

Commins’s strength is his ability to traverse history, sociology, anthropology, and politics to make clear the ways in which the power bargain between the Al Saud and the Wahhabi religious establishment affects everything from