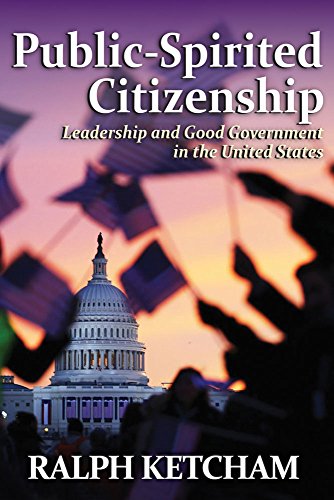 Ralph Ketcham is a distinguished American political historian and biographer, a renowned educator, and an avid student of political thought from classical to current times. In Public-Spirited Citizenship, the most recent of more than a dozen books, he offers a sweeping narrative about both political science and American politics from the founding era to the present, with a valuable excursion into twentieth-century East Asia.

His story begins with the civic republican tradition that defined the public good as the purpose of politics, civic virtue as the foundation both of a good society and a worthy life, statecraft as leadership and institutional design to encourage civic virtue and promote the public good, and education as the development of good character along with the skills and knowledge needed for civic life. Ketcham emphasizes that the Founders of the American Republic were steeped in this tradition.

Civic republicanism never vanished, according to Ketcham’s account, but it suffered a series of blows in the nineteenth and twentieth centuries. The idea of a public good began to seem unscientific and naive as theories of human nature emerged that emphasized self-interest and irrationality. Education was increasingly defined as the imparting of information and scientific insights about the way things really worked, not moral develo