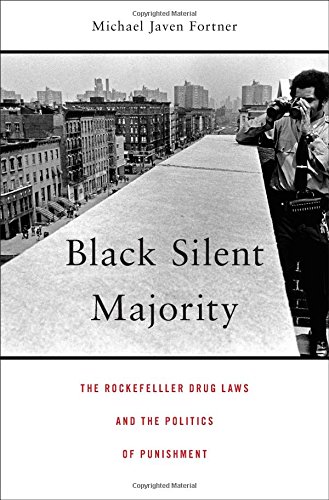 The pernicious consequences of the war on drugs for minority communities have been well documented in several studies. Beyond this research, less has been done to investigate the origins of punitive drug policies, and even fewer studies have explored the role of minorities in shaping this legislation. Michael Javen Fortner fills this gap in the literature in Black Silent Majority: The Rockefeller Drug Laws and the Politics of Punishment. Using a wide variety of data sources, Fortner convincingly shows that black middle- and working-class Harlemites played an important role in propelling the war on drugs.

To illustrate his argument, Fortner begins by examining the historical antecedents to the rise of the drug epidemic in postwar Harlem and the response among its black citizens. In particular, Fortner describes how middle- and working-class blacks enjoyed some economic success during the postwar period. This success, however, was met with the dual threats of growing crime, which was partly precipitated by the growth in drug use, and the fear of heightened scrutiny from whites given the deteriorating conditions in Harlem. Fortner then explores how early attempts to deal with the drug problem with rehabilitative policies largely failed because these programs were severely underfunded. The combination of threats, failed rehabilitative programs, an