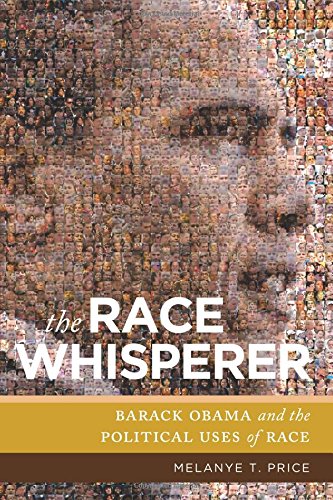 On 10 January 2017, Barack Obama delivered his farewell address. He defended his record and preached American gospel—as he had come to divine it. The first black president praised individual pursuit of the American dream while stressing the “imperative to strive together” “to achieve a common good, a greater good.” These communitarian impulses also defined his statements on race. He implored minorities to connect their “own very real struggles for justice” to the struggles of others, including “the middle-aged white guy” who “has seen his world upended by economic and cultural and technological change.” He beseeched whites to recognize that “the effects of slavery and Jim Crow didn’t suddenly vanish in the ‘60s.” Obama exclaimed the power and responsibility of citizenship and the enduring the truth of our creed, which is, in his words, “Yes, we can.”

Melanye T. Price’s The Race Whisperer: Barack Obama and the Political Uses of Race attempts to make sense of this man and his moment. By interrogating the president’s speeches, Price hopes to decipher the origins of his racial rhetoric. For her, his biracial personal history allowed him to “strategically employ diverse racial narratives to attach multiple and sometimes divergent groups&rd