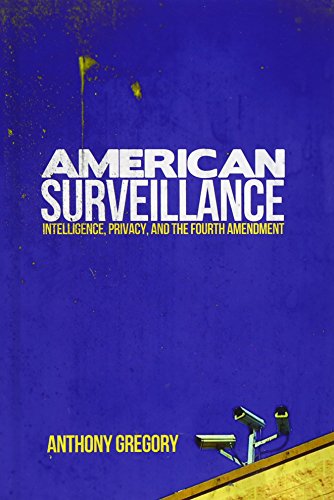 In his relatively short book about a topic that he describes as “enormous,” Anthony Gregory begins by reminding readers of the importance of language. Those whose subject is “intelligence” stress its importance in rational foreign policy decision-making, whereas students of “surveillance” are more concerned with how it endangers domestic privacy. As a result, much of their debate consists of talking past each other. Because Gregory believes in the interrelationship of the two, he devotes the first two-thirds of his book to a history of intelligence gathering and the rest largely to the Fourth Amendment and the difficulty of protecting privacy.

Gregory's history begins with George Washington's administration, whose foreign intelligence spending took up 12 percent of the federal budget. Although that amount soon declined, it was more than made up during the Civil War, when surveillance expanded to include the interception of telegrams, aerial observation via balloons, codes, and the infiltration of dissident groups. This pattern continued, with surges occurring during the Progressive Era and both world wars.

The Cold War brought both a dramatic increase in expenditures and the development of the current intelligence bureaucracy. A crucial safeguard was the institutional separation between domestic and foreign

Is the Pentagon Papers Case Relevant in the Age of WikiLeaks? , Bruce E. Altschuler