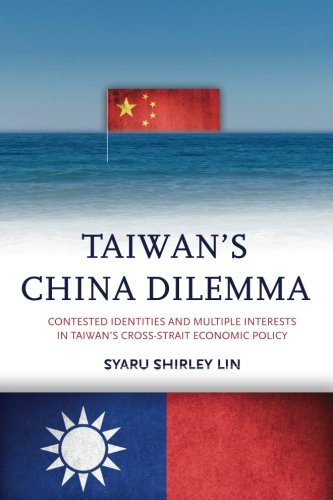 Seventy percent of Taiwan's total investment now goes to China, which more than a million Taiwanese also call home. And more than 20 percent of Taiwan's trade is with China. At the same time, the island nation continues to experience China as the consummate existential threat. This book addresses this central paradox in East Asia. Much of the literature, influenced by Albert O. Hirschman's National Power and the Structure of Foreign Trade (1945), looks at cross-Strait economic relations as a case of China's geoeconomics. Instead, Syaru Shirley Lin creatively frames the issue as Taiwan's China dilemma, investigating how Taiwan struggles to manage globalization without Sinification.

She views national identity “as the foundation of all the material and nonmaterial concerns that lead to formulation of policy” (p. 20). It is no easy task to pin down how contestation between Taiwanese and Chinese identity produces Taiwan's cross-Strait economic policy. But Lin's analytical eclecticism complements constructivism with rationalist theories as well as attention to domestic and international politics. She applies her analytical framework to four policy episodes spanning the past three decades, beginning with Lee Teng-hui's restrictive “no haste” policy in 1996 and ending with Ma Ying-jeou's push for the

Hegemon on the Offensive: Chinese Perspectives on U. S. Global Strategy, Yong Deng