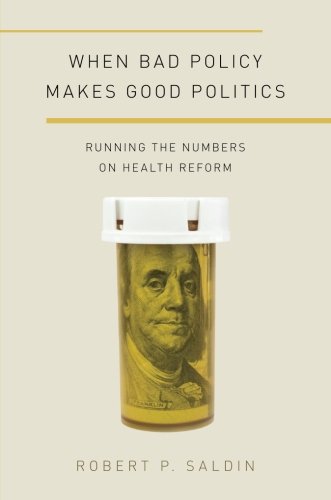 As Robert P. Saldin explains in his important new book, in 2009, the decades-long policy challenge of establishing a system for addressing Americans’ long-term care needs received a strong push that would eventually link its fate to the Barack Obama administration's signature legislative achievement, the Affordable Care Act (ACA). Almost as soon as it made it across the legislative finish line, however, the Community Living Assistance and Services and Supports (CLASS) Act was abandoned as unworkable. It was, as Saldin persuasively argues, both an unlikely victory and a predictable retreat.

CLASS's passage was unlikely in large part because of the history that preceded it. Given the many failed attempts at establishing a long-term care program—first as part of Medicare but also during the failed Bill Clinton–era health care reforms—long-term care was seen by most policymakers as prohibitively expensive and politically volatile. Among the vexing problems at long-term care's core were questions of means testing and universality, mandatory and nonmandatory enrollment and funding, and the relationship between services for seniors and those for the disabled. According to Saldin, the politics of long-term care converges—unproductively—with the politics of budgeting, and especially budgetary forecasting. This politics is

Power, Politics, and Universal Health Care: The Inside Story of a Century-Long Battle, Stuart Altman and David Shactman Reviewed by Daniel Skinner