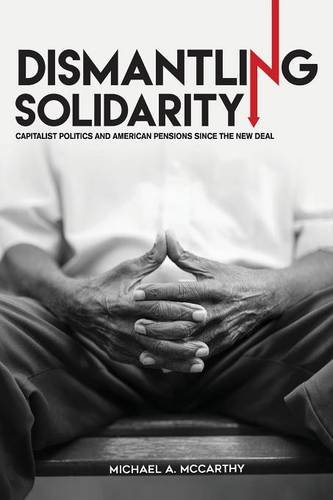 The security of old-age and retirement income has come nearly full circle since the days before the passage of the Social Security Act, closely mirroring the arc of the labor movement in the United States. As Michael A. McCarthy shows, however, the simple push and pull of class interests is not enough to explain the timing of policy changes to or the overall evolution of the U.S. pension system. McCarthy provides an in-depth historical analysis of the private pension system since World War II, demonstrating that pension policy was necessitated by periodic crises of capitalism throughout the twentieth century but that the specific shape that pensions eventually took was a result of the balance of partisan, electoral, and class interests.

McCarthy focuses his analysis on three key moments in the development of private pension provision: their initial appearance and the decision to subject them to collective bargaining, the large-scale financialization of pension assets, and the move away from defined benefit and toward defined contribution plans. McCarthy finds that each instance of change has been accompanied by an existential threat to American capitalism, provoked by the breakdown of relations between labor and business. In the first case, the end of World War II slowed economic growth, glutted the labor supply, and brought unemployment and idleness to a well-