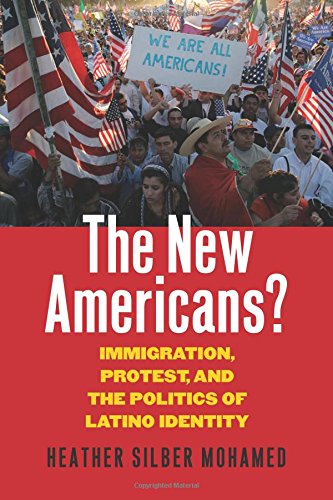 The pro-immigrant marches that occurred during the spring of 2006 were monumental. Over several months in many cities, millions of people marched to oppose restrictive immigration policies being considered in the U.S. Congress. This book is a welcome contribution to the emerging conversations on the fluidity of racial and ethnic identities in political science. It also adds to the growing scholarship on the sociopolitical effects of the 2006 nationwide immigration marches.

The reader is asked to think of social identities in fluid terms, susceptible to frames and communication (as well as to manipulation). This constructivist approach to ethnic and racial identities might be familiar to students of comparative politics (see work by Kanchan Chandra) and will benefit research on American politics, even for those whose interests lie outside of racial and ethnic politics.

Rather than focus on the traditional identity-to-politics link, Heather Silber Mohamed explores the “politics-to-identity” link. The theory for this book is developed by a clever combination of theories that are less common to Latino politics. Policy feedback theory, social identity theory, and social movements theories provide the backbone for the book's main argument. “Counter to the widespread expectation that the immigration protests would result in greater fee