Building an American Empire: The Era of Territorial and Political Expansion, Paul Frymer 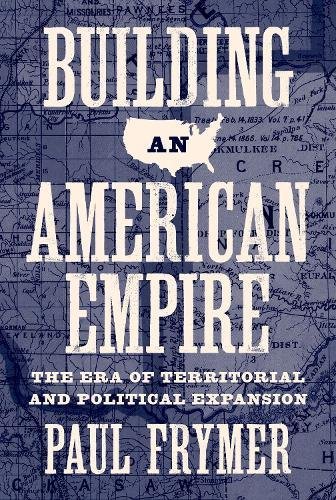 For a self-avowedly forward-looking society, always bounding toward the next big thing, we Americans spend a lot of time lost in gauzy nostalgia. Recently, though, perhaps prompted by the seething 2016 campaign, recurrent controversies over Confederate memorials, or the most basic observations about the criminal justice system, thoughtful observers are reexamining national myths to properly see the importance of race in American history. In the end, we find that the nostalgic gauze has not just been filtering the light—it has been covering a wound.

In this spirit, Paul Frymer's excellent new book interrogates our most enduring myth—the “Taming of the West”—and in its place delivers a rich analysis of how U.S. leaders decided which territories and peoples would be included in the American civilizational project. His account puts original insights about space and race (rather than liberty, democracy, or even capitalism) at the center of our national story.

Rather than spontaneous, individualistic, and inevitable, U.S. expansion into the “open space” was meticulously regulated by officials who were very worried about security. Without many formal resources, wary of conflicts with other powers on the periphery, and fearful of domestic slave rebellions, officials strategically concentrated white settlers to de