Reviewed by Michael A. Rubin 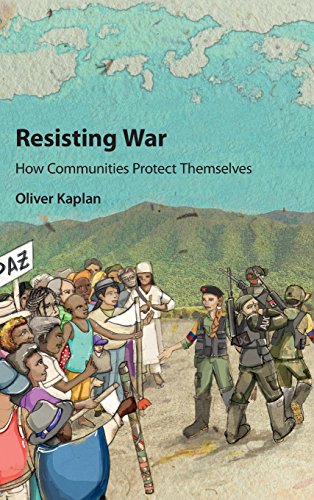 A robust research agenda has, with good reason, examined civilian victimization during civil war. But what about civilians who escape victimization? Because belligerents can, and often do, threaten civilians with violence, scholars have revealed important insights about civil war while assuming, for convenience, that civilians are passive victims. Resisting War fills a crucial gap in existing research, revealing that our understanding remains incomplete if we ignore civilians’ agency to influence conflict processes and deter violence.

Kaplan argues that communities with greater social cohesion are better equipped to assert political autonomy and protect themselves from civil war violence, rather than align (in)voluntarily with belligerents for protection. Resisting War's theoretical framework explains the origins of community cohesion, the breadth of civilian strategies to manage interactions with belligerents, and the conditions under which civilians possess and exercise power over belligerents. Cohesive communities, by controlling information and resources, negotiate more effectively with belligerents. Autonomy strategies range from reinforcing peaceful community norms to formal declarations of “peace zones” that are off limits to belligerents. Though resource-intensive formal strategies may be effective, they are not n