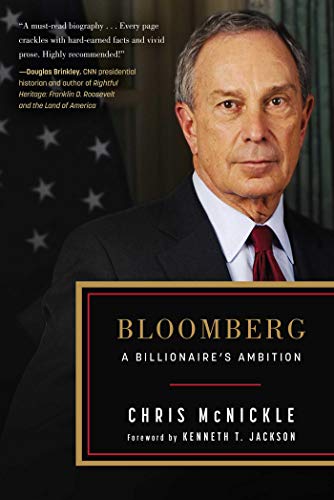 Media attention and serious research on the topic of money in politics—particularly the role of growing wealth inequality and the influence of the affluent on politics—have exploded recently. In an era when the president of the United States is a billionaire, super PACs funded by billionaires are a regular feature of national elections, and billionaire philanthropists influence public policy, there is considerable need for more investigation and understanding of the intersection of wealth and political ambition. A significant entry into this field is Chris McNickle's Bloomberg: A Billionaire's Ambition. McNickle relies on an extensive body of interviews with individuals from the Michael Bloomberg administration and others well connected to New York City politics. Generally, the book portrays Bloomberg as a highly effective and successful mayor who stepped into leadership at a critical moment of crisis following September 11 in New York City.

The book focuses on Bloomberg's full mayoral career, from his successful 2001 campaign to the conclusion of his third term in 2013. The chapters are mostly organized around key policy issues, with an eye toward highlighting Bloomberg's major areas of influence. These include the city budget, education, public safety, economic development, and planning/land use. An overall takeaway from t