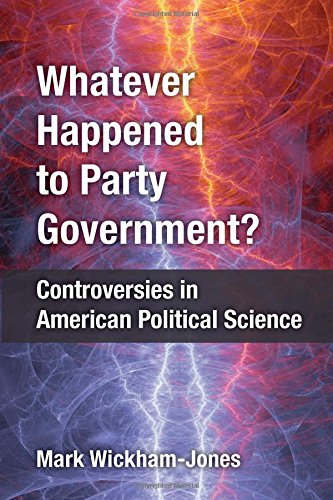 Most scholars of political parties can provide a basic summary of the argument presented in the American Political Science Association’s 1950 report on political parties, “Toward a More Responsible Two-Party System.” The committee, led by prominent political scientist E.E. Schattschneider, produced the lengthy report highlighting the lack of programmatic unity of American political parties of that era and outlining a series of proposals that would lead to a party system in which parties were more ideologically cohesive. While the report had little direct impact on party policy and actions at the time, its vision of highly unified, programmatically oriented parties has largely become a reality in the current political environment.

Despite the familiarity of the work to many, and its particular relevance in the current politically polarized era, few know and understand the larger context surrounding the report and the deliberative process that led to its production. Mark Wickham-Jones’s book Whatever Happened to Party Government? attempts to remedy that by providing a detailed historical account of the formation and deliberations of the American Political Science Association (APSA) Committee on Political Parties, which produced the report as well as some of the larger professional and political context that sheds light on the prod