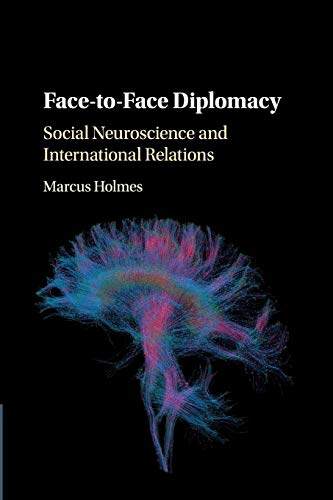 According to many international relations (IR) scholars, uncertainty about intentions is a key cause of war in the international system. In The Tragedy of Great Power Politics, John Mearsheimer argued that because “uncertainty about intentions is unavoidable,” “states can never be sure that other states do not have offensive intentions to go along with their offensive capabilities” ([New York: W.W. Norton, 2001], 31). As a result, states have strong incentives to try to maintain their security by increasing their power—a process that leads to the security dilemma.

In this trailblazing piece of scholarship, Marcus Holmes shows that this pessimism about the ability of states to understand the intentions of others is unwarranted. Drawing on an exhaustive review of recent findings in neuroscience, Holmes shows that face-to-face diplomacy can help states understand each other’s intentions in ways that help them avoid the security dilemma and promote international cooperation.

For many IR scholars, talk is cheap. As a result, there is a strong tendency to view face-to-face interaction as a relatively useless form of communication. In Face-to-Face Diplomacy, Holmes argues that this view flies in the face of diplomatic practices going back to at least