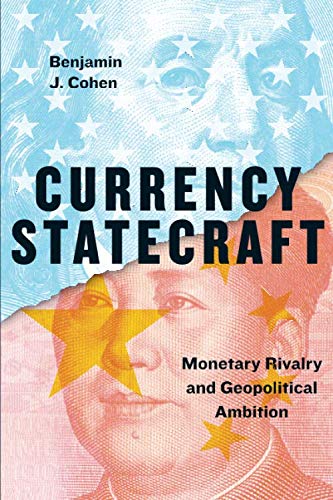 It is often said of movies that sequels rarely live up to the original film. That supposed truism does not hold with respect to Benjamin J. Cohen’s new book, Currency Statecraft: Monetary Rivalry and Geopolitical Ambition, which deftly picks up where his previous book, 2015’s Currency Power, left off. In Currency Power, Cohen explained how currency internationalization—the process by which a state’s national currency comes to be used by market actors outside the country of issue—enhances the issuing state’s material capabilities. In Currency Statecraft, he turns his attention to what issuing states do with those capabilities once they obtain them.

At the heart of the book is Cohen’s challenge to what he calls the “Immaculate Conception of Power”: the notion that once a state’s capabilities are enhanced through the possession of an international currency (IC), it will necessarily respond by using those capabilities to promote its own interests. This, Cohen argues, is out of step with both theory and practice. States that issue ICs, he rightly contends, have a range of policy options available to them.

These options fit under the broad concept of currency statecraft, defined as “the strategic management of a country’s money to advance po