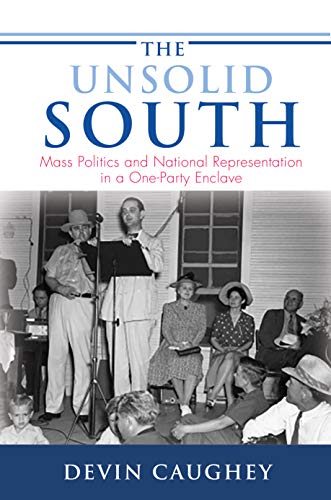 The history of politics in the twentieth-century American South is commonly framed in terms of its transition to democracy. What has often been neglected in this scholarship, however, is the nature of its politics prior to this change. Southern politicians are often assumed to act in lockstep with one another on most issues, especially those concerning the maintenance of the social order, leading, it is thought, to a lack of representation for ordinary southern citizens. However, little research has systematically explored these questions of whose interests were represented by southern lawmakers and how well.

Devin Caughey undertakes a careful examination of these questions, exploring the policy preferences of white southerners from the 1930s through the 1950s, the actions taken by their elected members of Congress, and the capacity of voters to hold them accountable. This book uses novel data and innovative techniques to depict a South with substantial variation in its public opinions, a congressional delegation mainly responsive to those preferences, and an electorate that would remove from office those who found themselves out of step with their states or districts.

To examine the attitudes of white southerners, Caughey uses national polls taken between 1936 and 1952. From these, measures of conservatism within each region and across several polic