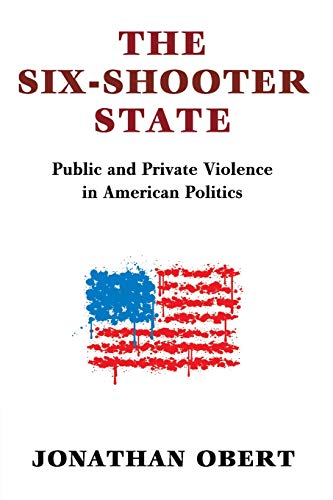 Violence is all too familiar in America, where the number of guns in circulation exceeds the entire U.S. population. We are frequently confronted with news of crime, police brutality, and swelling prison populations. As we grapple with policy questions around violence, it is instructive to ask, how did we get here? Shedding light on this question in a meticulously researched and thoughtful analysis, Jonathan Obert’s The Six-Shooter State traces the coevolution of private and public forms of security—the former exemplified by vigilantes, private detectives, and gunfighters, and the latter by police departments and the National Guard—in nineteenth-century America. Through a series of case studies, Obert attributes the rise of both forms of security to social and political changes precipitated by the market revolution and the Civil War.

Central to Obert’s argument is the distinction between social order, or the rules that structure people’s rights and responsibilities, and social control, or the day-to-day interactions that influence whether people adhere to those rules. In the early republic, rules and relations reinforced each other: county militias and town watches, for instance, consisted of white male citizens, who exercised social control through their wealth and status. Public security and private act