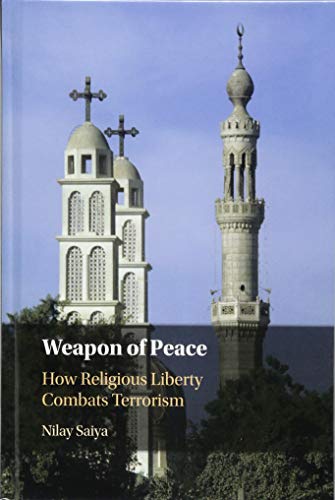 In Models of Men (1977), Martin Hollis quips that if he were forced to summarize the thesis of his book in a telegram, he could do so in six words. To capture the gist of Nilay Saiya’s argument takes twice as many words, but he, too, provides an equally succinct statement of his argument: “it is not religion per se that generates terrorism, but rather its restriction” (p. 30). With religious terrorism in mind, Saiya deftly uses data and historical case studies to demonstrate that “it is no coincidence that the vast majority of countries … from which the most serious threats to domestic and international peace and security arise are the very ones in which religious persecution is a significant problem” (p. 3). Many political leaders, policymakers, and academics believe either that assertive religion is inherently problematic or “that unrestrained religious liberty opens the floodgates to religious extremism” (p. 4). In repressing religion, however, those acting on such beliefs are fostering the very belligerency they wish to avert, by providing grievances that justify the radical claims of religious extremists and inadvertently suppressing the voices of religious moderation and liberalism that can undercut the legitimacy of the extremist views.