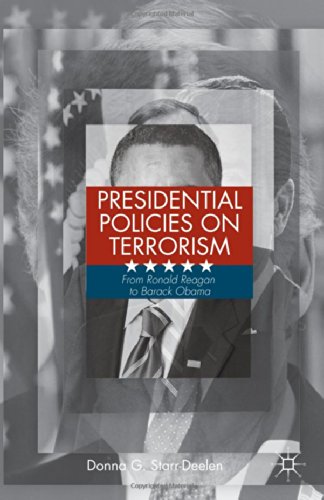 This multifaceted volume reveals how interactions among transnational terrorism, technology, legal reasoning, presidential assertiveness in foreign and defense policy, and domestic politics have transformed not only the way the United States uses force but the United States itself. Donna G. Starr-Deelen focuses on exploring the legal arguments offered by recent U.S. administrations to justify their response to terrorism while suggesting that Harold Koh’s seminal work, The National Security Constitution, does a splendid job of characterizing how the branches of government interact—executive initiative, congressional acquiescence, and judicial tolerance—to produce this response. As her historical survey unfolds, however, Starr-Deelen’s narrative encounters other variables that shape the legal context of U.S. counterterrorism and defense policies. In other words, her work offers insights into how the U.S. government has adapted to conduct combat operations on a virtually continuous basis.

Starr-Deelen’s analysis suggests that since the Great Communicator entered office, all presidents have done pretty much what they pleased when it comes to responding to the threats posed by violent nonstate actors and state-sponsored terrorism. Political exigencies and strategic imperatives, not some well-reasoned legal treatise, drive the decision to treat terrorists as either a criminal problem or a military threat. The legal reasoning supplied by various administrations to justify these activities, as Starr-Deelen reluctantly concludes, is so creative that it sometimes strains the credulity of even the most generous observers. Indeed, given the congressional acquiescence and judicial tolerance she documents, it is hard to escape the conclusion that the legal wrangling over the “war on terrorism” is nothing more than the stuff of partisan politics. When it comes to chief executives, freedom of action is considered to be a very “good thing”; they are all happy to capitalize on the precedents established by their predecessors, regardless of party affiliation.

Technology is also part of the story. The information revolution has facilitated both the rise of nonstate terrorism and the development of advanced military weapons that are right-sized to the new threat—drone warfare and associated global command and control and surveillance systems. As Starr-Deelen notes, the Ronald Reagan administration’s 1986 attack against Libya, Operation El Dorado Canyon, was a major production involving nearly 50 U.S. aircraft and two U.S. fatalities. By contrast, in 2010, the so-called year of the drone, the Barack Obama administration conducted 122 drone strikes in Pakistan. Regardless of the debate about their military effectiveness, drone attacks are politically “right-sized” to the threat. The executive branch’s use of force in highly discreet attacks has unfolded without much judicial or congressional restraint.

The most important point in Starr-Deelen’s account of this transformation in the way the United States employs force, however, is not September 11 but an event that has received virtually no attention in the ongoing debate about the legality and morality of the U.S. response to terrorism. The Authorization for the Use of Military Force in Afghanistan, passed by Congress in September 2001, gave George W. Bush the authority to employ force against “those nations, organizations, or persons he determines planned, authorized, committed, or aided the terrorist attacks that occurred on September 11, 2001, or harbored such organizations or persons, in order to prevent any future acts of international terrorism against the United States.” This was the first time that Congress authorized the use of force against organizations and individuals, not nation-states. The authorization also highlights the fact that the George W. Bush administration did not monopolize talk of preventive war when it came to taking the fight to terrorists.

September 11 might not “have changed everything,” but Starr-Deelen describes how, in important ways, it changed us.